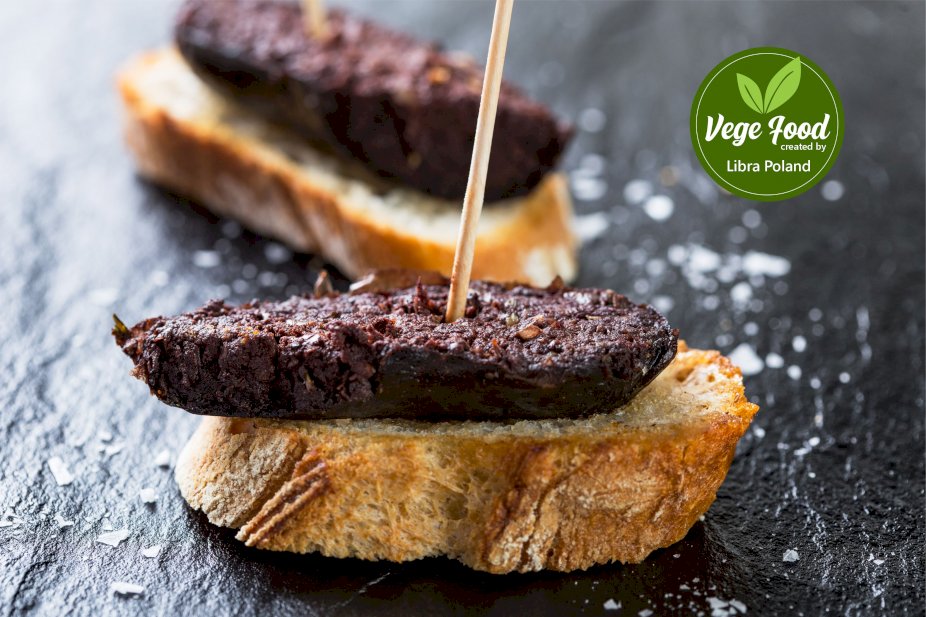 - The rapid development of the vege offer is a process that each of us can observe on store shelves. If we compare the offer of vege products from two years ago, or from a year ago with the current offer, we can see that the development of the market is spectacular. It is interesting, because it turns out that not only vegans and vegetarians are starting to use vegan products, but also more and more flexitarians or people who simply want to diversify their diet. This is why the potential of this market is growing so rapidly, despite the fact that there are not many vegans declared.
At the same time, it should be emphasized that the development proceeds in two ways. On the one hand, we have vegan products that are simply to be tasty and healthy. On the other, products that are supposed to reproduce the taste and texture of meat and meat products in the closest possible way. Producers have a much bigger problem with the latter type of products.

- So where did the idea for a vegan black pudding come from?

- The idea for the product came to my mind when I saw how chokeberry fiber colors the meat. I immediately thought of "weganka," , a vegan black pudding, that is. In the case of a product that was to be the equivalent of a real black pudding, the most important thing was to come up with a way to imitate pork blood. Now that "weganka" is ready, I think there is no better product for a vegan alternative. In the case of this product, chokeberry fiber mainly acts as a colorant, and because it is a completely natural product - it does not burden the label with unfavorable declarations. All in all, it is quite the opposite - fiber is an ingredient that is very positively perceived by consumers, and is associated with caring for health. 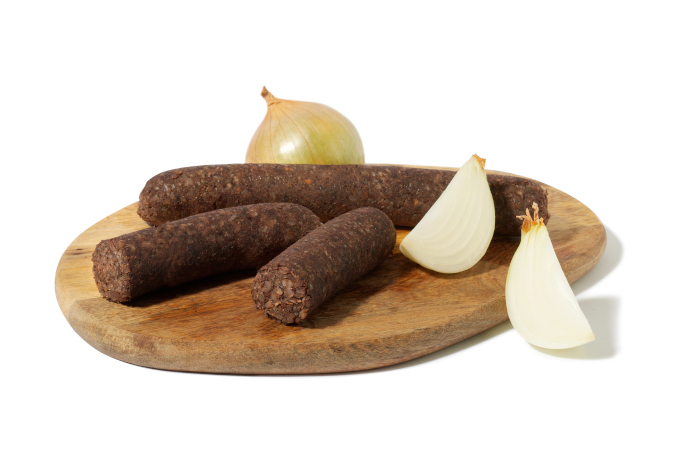 - What the design process looked like? How many attempts did you make before the product was considered ready?

- Before the final version of "weganka" was created, I made about 20 technological tests. The first attempts were illustrative for me. I had to see how the cooked vegetables behave after re-scalding. What will the consistency of the stuffing be after the next heat treatment of the already cooked ingredients. The most difficult thing about "weganka" was to obtain the exact color of pork blood in black pudding, and to obtain the right consistency of the finished product. The first attempts were too brittle and too dry. We tested various types of groats, fried them and grilled them. We had a problem with finding the optimal amount of spices and salt with the material so different from meat - during internal tasting, opinions were very divided.

- Meat eaters often have a negative opinion of imitation meat products. What does it look like with "weganka?"?

-Hahaha! I do not hide that the opinions were not the best at the first attempts. In general, it seemed like a bad idea to test a vegan product on meat eaters. But as the concept of the product evolved, and with the experience accumulated, "weganka" grew in taste, right texture and fatness - it turned out to be tasty! It gave me a lot of satisfaction when people who were highly skeptical about the concept of the product agreed with me and finally praised the final result.

- So what is happening with "weganka" at the moment?

- The trial and test phase is now complete. The product base is ready, we start customer presentations. I hope that the "weganka" will be available on the market soon!

- Thank you for the conversation.

As unique as Cocoa Fiber

An interview with Edyta Szydlik, a technologist at Interfiber - Sometimes, there is an extremely appealing smell of hot chocolate spreading around the company. Does it always mean that the cocoa fiber is being produced? - Indeed, any of us can tell when we produce it, due to the smell of cocoa, which you can notice from afar. The production process does not require any chemical treatment, it is only physical and therefore produces such a strong odour.
24 March 2022 New soutions
READ MORE

An interview with Arkadiusz Matraszek, a technologist at Interfiber Research and Development Department. - Fiber in baked goods can be used for a variety of purposes. Some of them are surprising! - By conducting tests in our laboratory, we check various functions of fibers and we can see on specific applications which uses we can recommend to our customers. Recently, we have dealt with the issue of reducing the amount of fat added to baked goods. We checked sweet bakery products, but also bread and buns.
4 March 2022 New soutions
READ MORE

As unique as Cocoa Fiber CO

Cocoa Fiber CO is a unique product in Interfiber’s offer. It introduces both functional and sensorial benefits to the final application. It can be applied in different industries and different food products, examples of which will be shown in the article below. But what is most important, it is a 100% natural product, that can replace cocoa powder in 1:1 ratio.
27 September 2021 New soutions
READ MORE

Stay up to date